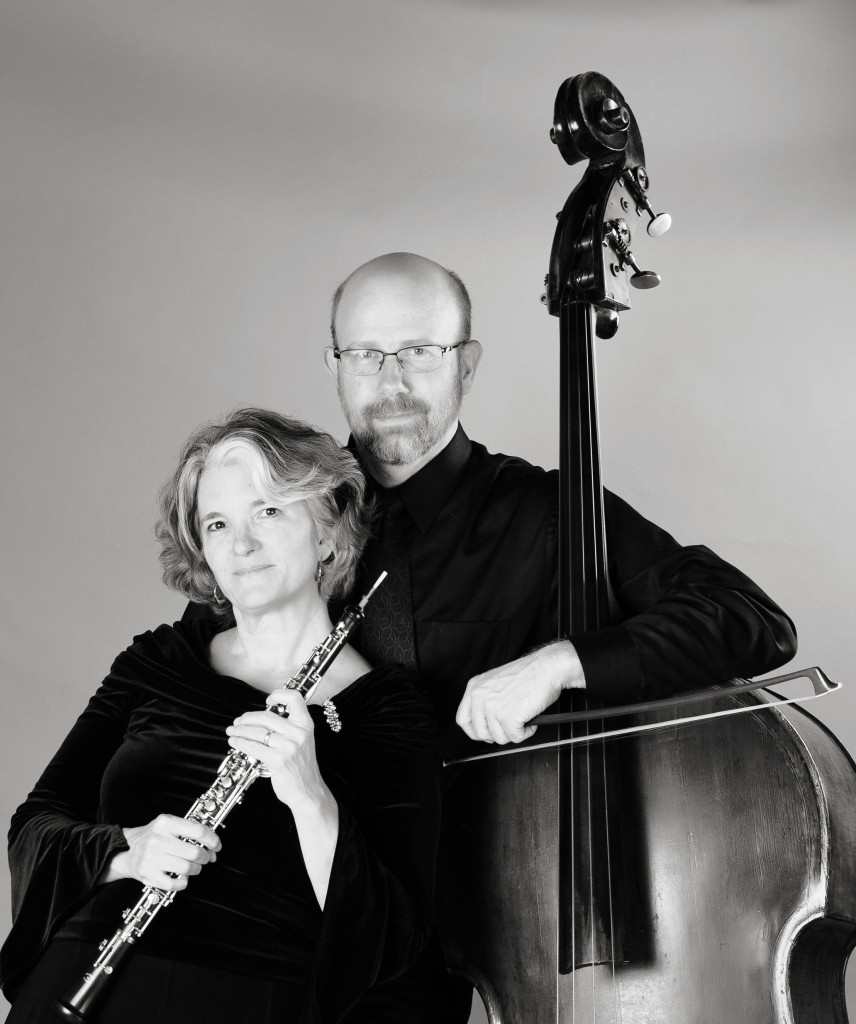 From re-enacting a barn raising to sharing an artist’s whimsical vision of resurrection and afterlife, OboeBass! creates experiences that bring people together and capture listeners’ sense of wonder.

With over 40 premieres, and commissions from Chamber Music America and The Fromm Foundation, OboeBass! partners with a wide range of composers to explore the captivating sounds created by pairing oboe and bass.  Creative reimaginings of older works include new variations on Schubert’s “Trout,” and a comedic exploration of Stephen Foster’s My Wife is a Most Knowing Woman.

In venues from Fermi Lab to the Fitzgerald theater, across 19 states and in Norway, audiences describe OboeBass! concerts as “inventive, cheeky, informative, and delightful.”

Who would have guessed that an Oboe/Bass duo combination would sound so….well, so right!

OboeBass! has performed recitals and residencies across the State of Minnesota as Recipients of Arts Tour Minnesota, Artist Initiative, Next Step, and Arts Learning Grants from the Minnesota State Arts Board and Metropolitan Regional Arts Council. Other awards include Jerome Composers Commissioning Program Grant, an Encore Grant, and Subito Grants from the American Composers Forum.

OboeBass! has made 6 recordings – Monk Fish Tango (by Tim Goplerud for English horn and double bass), “It Takes Two . . .” (debut recording), Alec Wilder Baroque Suite (with flute and harpsichord), and musical stories Askelad and the Seven Silver Ducks and The Story of Babar the Little Elephant by Margaret Greibling-Haigh), and Sarah Miller’s Just So Stories (Click this link for various sources for OboeBass! recordings

As Pages of Music with Rolf and Carrie the duo presents educational programs linking music and children’s literature for elementary schools and senior residences. They are Roster Artists for The South Dakota Arts Council, and present in-school Young People’s Concert previews for the Minnesota Orchestra’s YPSCA 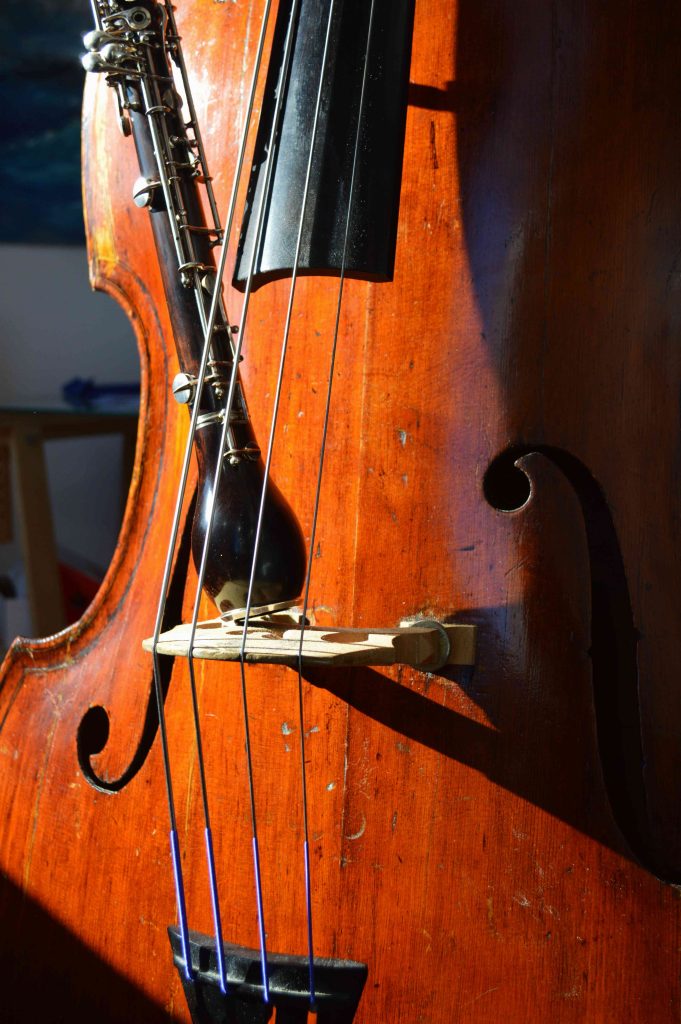 Carrie Vecchione, oboe/English horn, teaches at the MacPhail Center for Music, subs with the Minnesota Orchestra and appears as Principal Oboe of the Duluth-Superior Symphony Orchestra. She previously subbed for the Indianapolis Symphony, and was a member of the Indianapolis Chamber Orchestra, Fort Wayne Philharmonic, Muncie Symphony, the Baton Rouge Symphony, New Orleans Ballet, Acadiana Symphony, Natchez Opera, Ohio Light Opera, Vineyard Opera, Grand Teton Orchestral Seminar, and the NOA National Orchestra of New York. She has soloed in the Carnegie Weill Recital Hall, and performed at many national conferences. Solo premieres include Timothy Goplerud’s Concerto for English horn, and Transformations for Oboe and String Orchestra by Dinos Constantinides. In 2012-13 she taught at the University of Wisconsin, Eau Claire, as a sabbatical leave replacement for Christa Garvey. She previously taught at St. Olaf College and at Ball State University, where she performed with the resident faculty ensemble, the Musical Arts Quintet, and created and hosted the John de Lancie Master Classes and the Reed Maker’s Workshops. She served on the faculty of the Sewanee Summer Music Center, the International Peace Gardens Music Camp, and has been an adjudicator and clinician locally and nationally. She received Doctoral and Bachelor degrees from Louisiana State University, and her Master’s degree from the Manhattan School of Music. Her teachers have included Joseph Robinson, Earnest Harrison and Mark Ostoich.