Peter McGuire and Timothy Lovelace play music of Brahms and his Circle,. 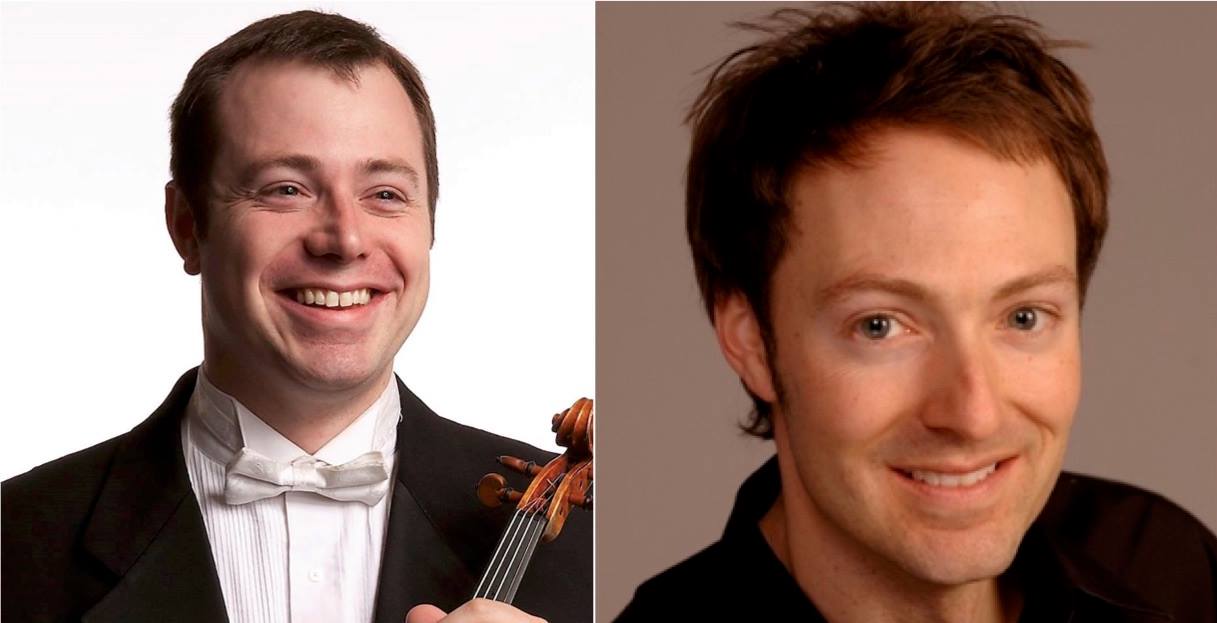 We’re thrilled to present Minnesota Orchestra Principal Second Violin Peter McGuire and U of M Professor of Collaborative Piano Timothy Lovelace in Music of Brahms and his Circle this Sunday at the Lakeville Area Arts Center. This is the second concert in the eleventh season of Coffee Concerts we organize at the LAAC.

Peter McGuire’s career has taken him from his hometown of Mankato to leadership roles in the world’s great orchestras. Peter and acclaimed pianist Timothy Lovelace join forces to perform intimate music composed by Brahms and his circle of closest friends and confidants in nineteenth-century Vienna.

The virtuoso composer/pianist Robert Schumann wrote an influential article hailing Brahms as the savior of music, suggesting Brahms may be Beethoven’s heir in the symphonic realm. This article both helped make Brahms’s career and almost paralyzed him from writing a symphony for the next twenty years for fear of not measuring up to Schumann’s high praise and ideals.

The pieces on this recital bear witness to the relationships between Brahms and the Schumanns. Robert’s Abendlied was originally a piece for piano four-hands that he wrote to play with his daughter, Marie. The great violinist Joachim arranged it for piano and violin and performed it with Brahms as an introduction to the Schumanns in what would become one of the closest friendships in music history. Clara was one of the most respected pianists of her day. After Robert’s death, she continued to concertize and champion the music of both Brahms and her late husband. Brahms remained Clara’s close friend. His First Violin Sonata quotes the melody of his song Regenlied, which he wrote in memory of the death of one of the Schumanns’ children. In a way, most of this concert is a form of Victorian restrained, understated intimacy, where someone like Brahms could say, ‘I hope this work might bring you comfort.’ and let his music speak for him.

As always, the concert will be accompanied by complimentary refreshments and Caribou Coffee in a casual, tableside, cabaret setting.

Audrey Johnson Companies is celebrating its 51st anniversary in residential and commercial real estate in Lakeville. In honor of this occasion, they are a Season Sponsor for this 11th season of the Coffee Concerts at the Lakeville Area Arts Center.

This activity is made possible by the voters of Minnesota through a grant from the Metropolitan Regional Arts Council, thanks to a legislative appropriation from the arts and cultural heritage fund.